Started in summer 2010 and finished in the summer of 2011, this was the first major job for Vidosh North as a company.  There wasn't much time for a learning curve, but we are always eager for new challenges— and there were plenty.

Those things being said, it was a great joy to work on the project. For starters, it is a more contemporary home and the homeowner was open to a more progressive landscape design. We love doing cottage style landscapes, but sometimes we feel a bit "boulder wall-ed and black eyed susan-ed" to death!

The phase 1 (lake side) design, which is made up primarily of Dune Grass as a ground cover was set up for ease of maintenance. Because we plant dune grass in a minimum of 6-12" of sand, we all but eliminate many (but not all) of the problem weeds. There also isn't a need for yearly mulching that we recommend for many of the typical landscape beds that we install. Dune grass is also a very drought-tolerant plant so even though we set all areas up with irrigation for proper establishment, those irrigation zones can be turned off completely to save on utilities. When proper uphill drainage is in place, plants are planted properly, and even on a very steep slope such as this, there is no concern for wind or water erosion of the sand even in freshly-planted areas.

All of the retaining wall stone and flag stone came that from quarries in Montana were chosen by the homeowner, and acquired and installed by Vidosh North. All walls and flagstone are "dry laid" on gravel. We like dry lay applications because they are permeable and make for easy adjustments if needed down the road. All flagstone areas were planted with either Scotch or Irish Moss. This is a practice we started a few years back that we get really good feedback from customers on. The moss does need to be trimmed back every year once it has filled in but the look is very soft and charming.

The homeowners also have a great love for golf. Having a golf green was a big priority for them. We filled in 1' lifts and used the golf green base as our staging area to ensure maximum compaction for that fill. Synthetic turf was selected, rather than real turf, for ease of maintenance and a very real look and feel. Synthetic turf has come a long way! You will notice we also gave them a couple areas to chip onto the green from.

Phase 2 (roadside) of the project is still underway. Over 200 flats of vinca have been installed between the house and lake grove road. Most of those were installed to cover the septic field which had to be installed so close to the driveway it became a tough spot to hide or naturalize. 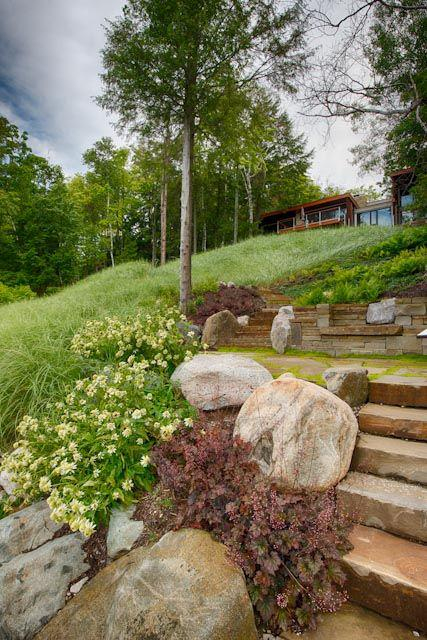 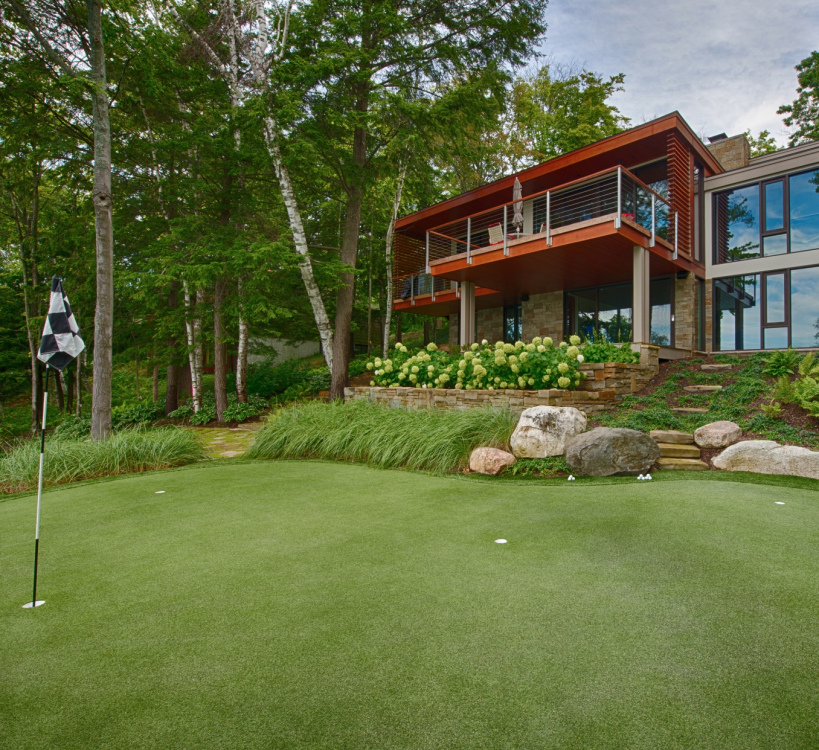 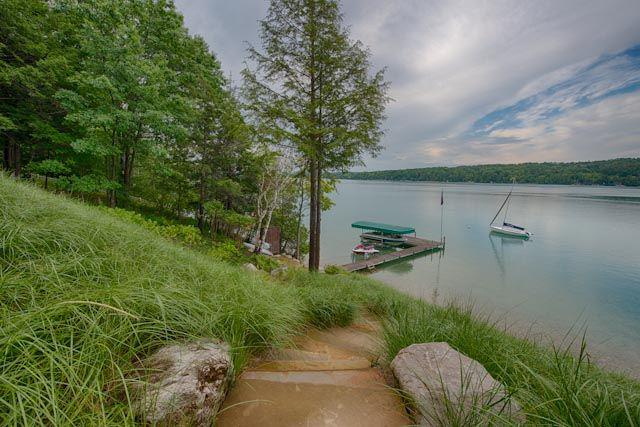 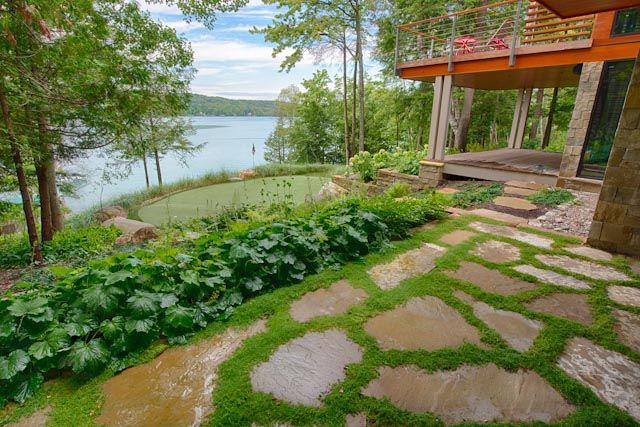